Urology
What is the prostate? 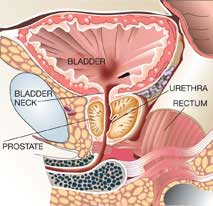 prostata_3In 1953 the Spanish urologist Salvador Gil Vernetdemonstrated that the prostate gland is not homogeneous and is actually composed of three well differentiated zones: the cranial zone and the intermediate zone, where benign growth occurs, and the caudal zone, the primary site of malignant growth.

Its development and growth, which begins in puberty, is controlled by male sexual hormones (testosterone).All mammals have a prostate, but the pathologic processes of benign hyperplasia and cancer develop only in humans and canines.