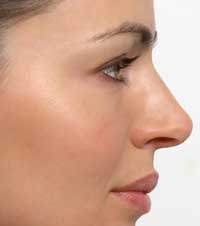 Rhinoplasty is a technique used to shape the contour of the nose and improve function, since in most cases, impaired function (breathing problems) also adversely affects appearance. Depending on the objectives of the surgery, Dr Torres will be able to determine the final result before undertaking the intervention. This technique enables patients to correct said cosmetic deformity and achieve a more desirable appearance, while also resolving any breathing problems.

How is the operation performed?

Rhinoplasty is performed under general anaesthetic and normally requires an overnight stay in hospital to control postoperative pain and monitor possible bleeding. Depending on the type of incision, the rhinoplasty may be:

How soon will I see the results?

The results can be seen within a few weeks of the intervention in cases where the dorsum has been reduced or the nose narrowed. If the sides of the nose have been altered, swelling in the cartilage and bones will take roughly 6-9 months to disappear.

After open rhinoplasty, a tiny scar may be visible on the columella, which over time will become imperceptible.

After the intervention, you will have to wear a splint for a week and apply decongestant and antibiotic cream inside the nostrils twice a day. You will also have to wash the area gently to gradually break up the scabs inside your nose.

You should wear strong SPF 50+ sunscreen to protect the skin around your nose.